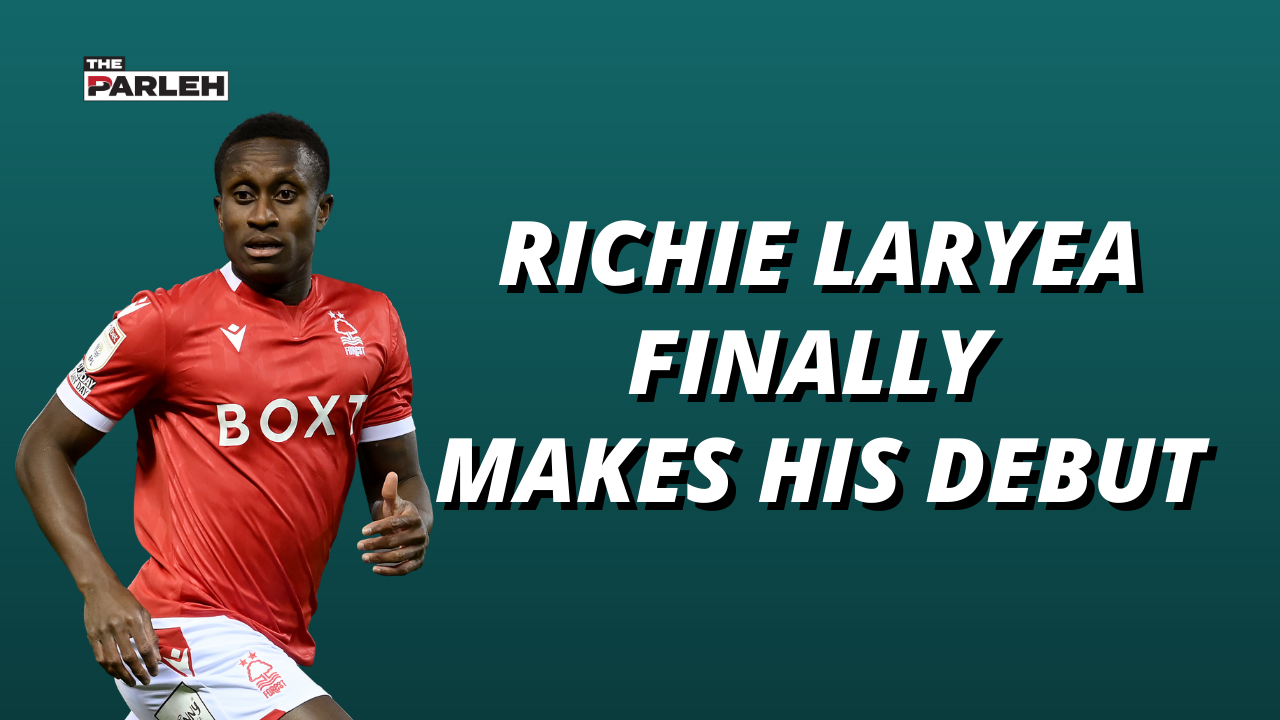 Richie Laryea finally made his debut for Nottingham Forest – and was cheered every time he touched the ball!

It’s been a long time coming, but on Monday, it finally happened. Toronto’s Richie Laryea finally made his debut for Nottingham Forest coming on as a 79th-minute substitute in a 4-0 win over West Brom.

The former Toronto FC and Canadian international joined the English Football League Championship side on Jan. 8 in a $1 million move but did not feature for the club until this week.

From Dante to @TorontoFC to @NFFC England! Here’s @RichieLaryea_ debut in Europe! The push is on to qualify for the Premier League. pic.twitter.com/MEnIF3O63N

As much as Canadian soccer fans wanted to see Laryea make his debut, so did Nottingham Forest supporters, who cheered Laryea every time he touched the ball – and booed his teammates every time they didn’t pass him the ball.

In just over 10 minutes of action – and the game already out of reach for their opponents – Laryea didn’t factor in much as a right-wing back, but it was still nice to see the 27-year-old get his feet wet in his first bit of game action overseas.

It was an important victory for his Forest side as well. The victory put Forest in fifth place on 70 points with five remaining matches, seven points behind second-place Bournemouth for the final automatic promotion spot. They lead seventh-place Millwall by five points and have two games in hand on the Lions, meaning they’re all but certain to at least qualify for the four-team playoff with the eventual winner earning promotion to the Premier League.

With a lot still to play for as the season winds down, we may not see much more of Laryea as the two starting wingbacks for Forest — 21-year-old Djed Spence and 24-year-old Max Lowe (both on loan from other clubs) — have been lights out for the Championship side, as has 32-year-old Jack Colback, who has filled in well for the injured Max Lowe, scoring in Monday’s victory.

“The team was in a good way, and people are kind of making it a big thing because you don’t even see him in the lineup, but if you see the lineup, the coach sees him as a wingback and he doesn’t bring wingbacks on the bench — any,” former teammate and good friend Jonathan Osorio told The Parleh.

“It’s a tough situation, but he has to be patient,” he added. “He just got there and he will have his chance, and I know when he has his chance, he will take his opportunity.

“I talk to him every day and he’s going to be fine.”