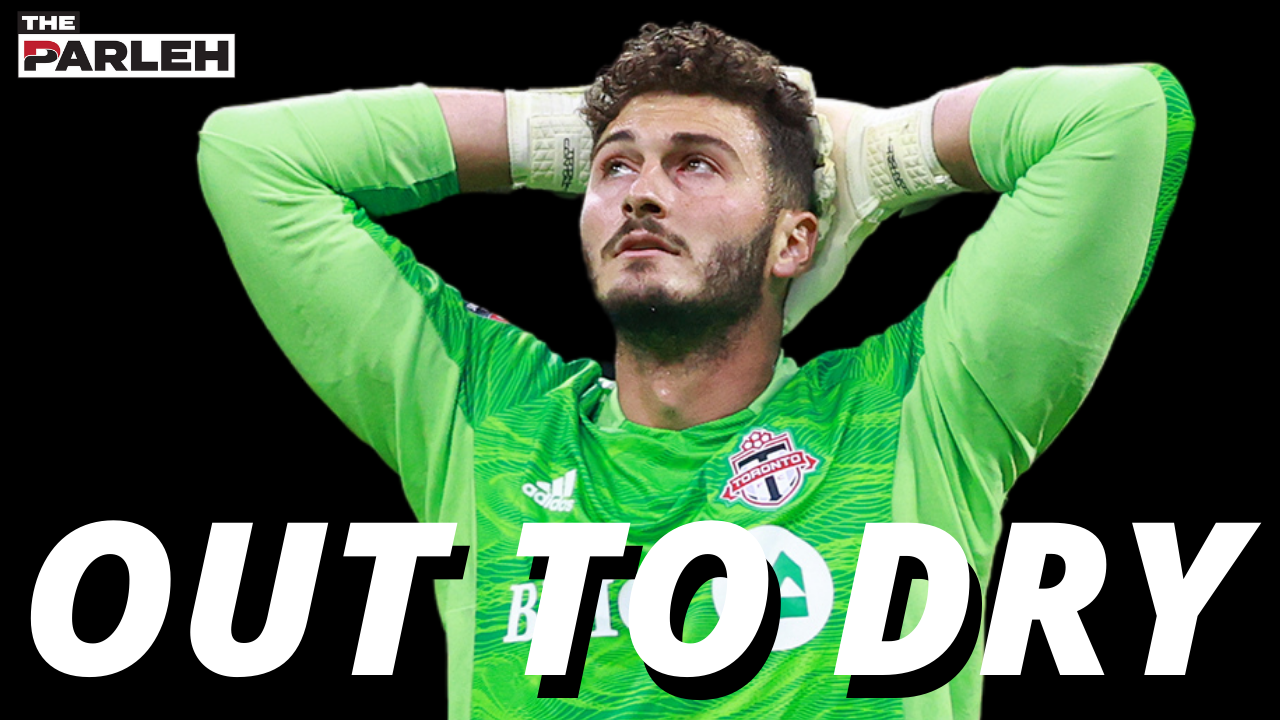 Toronto FC have now lost five-straight matches, but the fashion in which they’ve been losing lately is demoralizing, even more so for goalkeeper Alex Bono.

It’s now two matches in a row that the reds were within seconds of keeping a clean sheet before allowing a late injury-time winner, costing the team a pair of valuable points.

On Saturday, all Toronto – who were missing eight first-team regulars for the third consecutive match – had to do was see out a corner kick in the 92nd minute but were unable to do so, as the ball at the near post beat Ayo Akinola, while Paul Rothrock lost his man, Kyle Smith, who eventually headed home his first goal of the season to give Orlando City SC the 1-0 win.

“Yeah, it hurts, especially being the second game in a row where we give up a shutout really late, that's definitely painful for me and for the rest of the guys,” said Bono after Saturday’s 1-0 loss. “We're disappointed about that. We work the whole 90 minutes and then it comes down to one play and we just don't quite execute and teams that are strong on set pieces, teams that have big guys and ability in the box, can punish you. That's what happened for us today.”

It's now been 20 games since TFC’s last clean sheet – the second longest drought in the club’s history behind only the 21-game streak that immediately preceded the current one. Moreover, the Reds have conceded in 41 of their last 42 matches which is the longest span without two clean sheets in league history.

Speaking to Bono after the match, the TFC first-choice keeper was visibly troubled by the team’s inability to keep the ball out of their net, asserting that it’s keeping him up at night.

“It's frustrating, obviously, when as a group we have an expectation – personally an expectation – [of being] a team that's difficult to score against,” said Bono. “Sometimes when it gets down towards the end of the game, 0-0 end to end, we just have to make the plays. Two games in a row now where we have had legitimate chances to have shutouts, yeah, it keeps me up at night.

“It really weighs on me that we give up goals the way we do sometimes,” he added. “It can be frustrating as a group. You work for 90 minutes and it comes down to one play and that's the way the game is. We all know that. I live on shutouts, so the fact that we haven't had one in a while is slowly killing me.”

The 28-year-old, who leads MLS in saves through 12 matchdays, went on to add that he doesn’t ‘give a s---’ about his personal performance and that he would much rather a 4-0 win where he didn’t have to do much than make a few saves in a 0-0 draw.

Bono is the club’s all-time leader in clean sheets with 32 in 144 appearances, but only has two in his last 36 starts, with his last shutout coming on Sept. 25, 2021 against the Colorado Rapids. Toronto FC are just one of two teams in MLS who have yet to post a clean sheet, along with the Concacaf Champions League-winning Seattle Sounders.

There have been calls from the TFC fanbase to give former No. 1 Quentin Westberg a start, but one can argue that Bono hasn’t played poorly enough to warrant him losing the net despite the lack of clean sheets.

In his last three matches, Bono has allowed four goals whereas Toronto FC as a team allowed 8.2 expected goals against – a difference of 4.2.

Had Toronto been able to see out their last two matches, that number would look even more impressive and the conversation would likely be about how well Bono is playing in front of a shorthanded – and inexperienced – group.

The truth is that this isn’t a Bono problem, he’s just the scapegoat. This is a Toronto FC problem that needs to be addressed if they want any shot at remotely competing in 2022 – and it starts by getting over the line and picking up that first clean sheet.