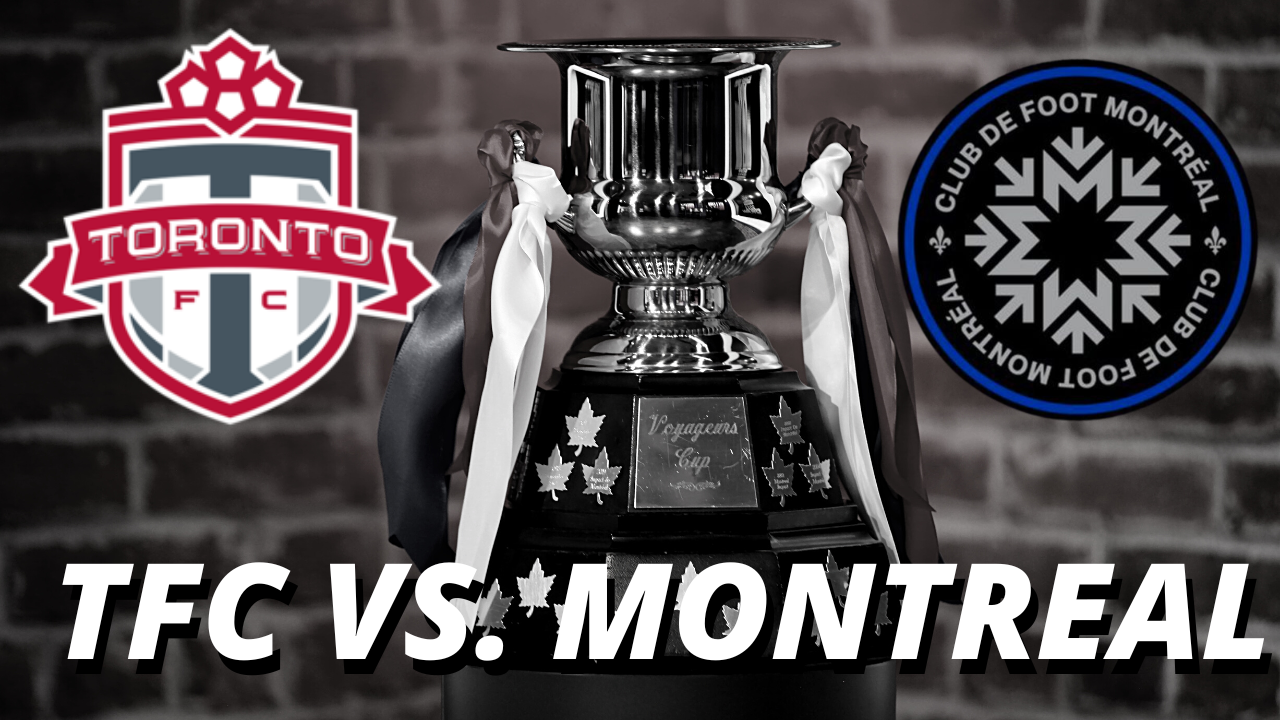 For the first time this season, the first time in the Bob Bradley era, Toronto FC and CF Montréal will go to battle when the Reds host their rivals at BMO Field on Wednesday night in the 2022 Canadian Championship semifinals.

Amid a significant roster turnover, Toronto FC have begun a new era, while Montréal continues its remake under second-year head coach Wilfred Nancy. But for TFC captain Michael Bradley, despite the new chapter for both clubs, there’s no love lost between the two sides.

Toronto enters Wednesday’s game as a rare home underdog. With the impending arrival of Italian national team star Lorenzo Insigne (and others) around the corner, Toronto will have to try and upset the 2021 Canadian Championship winners by fielding a team flurried with young and inexperienced players.

TFC own a record of just 4W-8L-3D so far in the league this season as it undergoes a significant rebuild that saw 18 first-team players depart the club this offseason. Many within the TFC dressing room have yet to experience a Toronto-Montréal derby, though Michael Bradley believes the magnitude of the game speaks for itself.

“We have smart guys in our group,” said Michael Bradley. “We have guys who love football, who watch games, who pay attention to things. I think guys know what these games are all about. Sure, over the course of the day [Tuesday] and into [Wednesday], when you watch video this morning, there are certain reminders, certain comments that get made as we get closer to kickoff [Wednesday] night, there’s always that part, but again, I think these games speak for themselves.”

Montréal, meanwhile, have taken a step forward this season under Nancy, who replaced French icon Thierry Henry as head coach ahead of the 2021 campaign. They currently sit fifth in the Eastern Conference (7W-6L-2D) but enter Wednesday’s game having dropped three out of their last four games in the league.

Michael Bradley offered heavy praise when asked about the job Nancy has done on Tuesday.

“He’s done a great job, you have to give him a ton of respect in that regard,” said the TFC captain. “A guy who was given an opportunity when Thierry [Henry] left, and quite honestly, a guy who some people thought was just going to be there for a short time – was just going to be a placeholder – but he has done a fantastic job. He’s given them an identity. I think tactically the way they play really fits a lot of their guys. You can tell that they have a good group, you can tell the players enjoy playing for him. So, all of the credit in the world to him and the job that he has done. When you look at it from a Canadian soccer perspective, I think it’s fantastic.”

Some positive news for Toronto fans on the injury front as every player was in training on Tuesday except for Noble Okello. Canadian international Jonathan Osorio, who has played just 85 minutes in all competitions since the start of May as he nurses an ongoing leg injury, will be available for selection according to Bob Bradley, as is veteran defender Chris Mavinga, who hasn’t seen game action since April 30, when he hobbled off injured 29 minutes into a league game vs. FC Cincinnati.

However, amid a stretch of five games in the span of 15 days – plus the fact that only 18 players could be named to Canadian Championship matchday squads – manager Bob Bradley is wary of selecting a limited Osorio or Mavinga to feature in Wednesday’s 18.

“We’ve got actually some tough decisions to make,” said Bob Bradley. “Oso and Chris are both back in training and available, and then we’ll just have to decide when we put together an 18, how many minutes they can play? Does it work for this game? Are we going to move past this game and think more about the stretch of games coming up? But it’s really good to see both back in training and in this next stretch, they’ll both be counted on.”

When asked how important this tournament was to the team in the grand scheme of things, the TFC head coach stressed that he is not overlooking the significance of Wednesday’s game, especially with the winner of the Canadian Championship being granted a spot in the 2023 Concacaf Champions League.

“First of all, we got a taste of being in a final and we spoke about the importance of that, what it means in a player’s career, how it helps young players develop, what it means to fans at the end to be in a final and then hold up a trophy,” said Bob Bradley, referring to Toronto’s recent triumph in the 2020 Canadian Championship Final.

“Over the years, you know that the pressure in the semifinals is always really big because obviously it’s all about getting to a final,” he added. “That’s what’s so special for clubs, for players, for fans, and so yeah, this game takes on that extra level of everything because it’s not only Montréal. It’s this idea that, come on, we have to get to another final. We have to have a chance to play for another cup.”

For Montréal, their talisman and leading scorer Djordje Mihailovic will be unavailable for selection after sustaining an ankle injury that will cost him around a month. However, Romell Quioto, Joaquín Torres, and Kei Kamara still present real threats up top.

A one game, winner-take-all matchup, the victor between Toronto and Montréal will advance to the Canadian Championship Final where they’ll face the winner of the Vancouver Whitecaps and Canadian Premier League side York United.