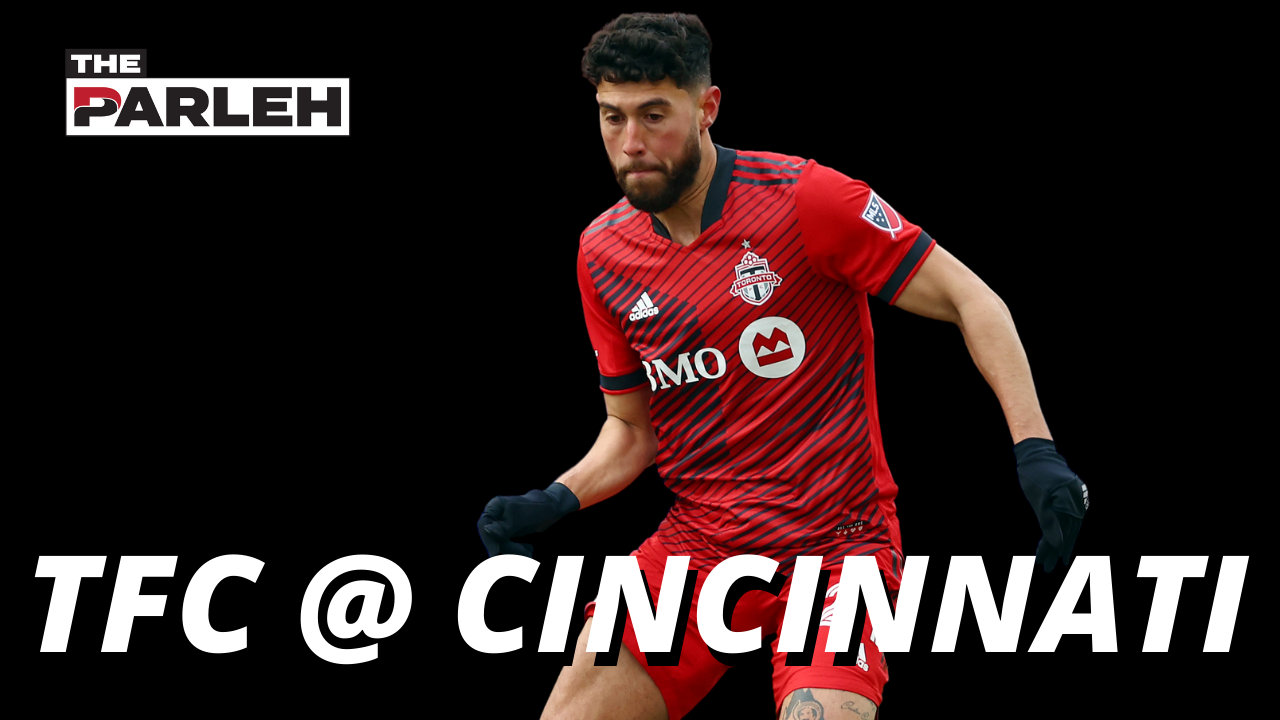 PREVIEW: Shorthanded Toronto FC are out for revenge vs. FC Cincinnati

One thing is on Toronto FC’s mind heading to Ohio on Wednesday.

Toronto (3-4-2) was upset by FC Cincinnati (3-5-1) over the weekend at BMO Field, losing 2-1 to a side that were in last place in the Eastern Conference at the time. Safe to say the Reds were left disappointed with their performance, something head coach and sporting director Bob Bradley touched on after the game.

“When we started the game, the tempo was too slow which played to Cincinnati's game plan,” said Bradley. “Didn't move the ball fast enough. Didn't get forward quickly enough.”

Now, the two sides will square off for the second time in five days as TFC will travel to TQL Stadium with several injury concerns, namely to centre-backs Chris Mavinga and designated player Carlos Salcedo. Mavinga, who was forced off due to injury in the first half Saturday, has been ruled out of Wednesday’s match, while Salcedo has been placed in health-and-safety protocols along with Achara.

The Reds will also be without Jahkeele-Marshall-Rutty and Noble Okello, while Jacob Shaffelburg remains a question mark. Furthermore, Jonathan Osorio’s status is up in the air as the midfielder left training on Tuesday just minutes after warmup began.

As a result, like they’ve done a few times this season already, TFC are bringing in TFC II players for reinforcement. Themi Antonoglou, Kobe Franklin, Paul Rothrock, and Steffen Yeates were all signed to short-term loan agreements on Wednesday.

This is the first time TFC have signed four TFC II players to short-term loan agreements ahead of a match this season, which should provide a clear indication that they expect to be shorthanded.

“We’re down on guys and numbers, but the key is the response of the rest of the guys,” said Bradley on Tuesday from the BMO Training Ground. “The mentality in these situations, we still believe that we’ve got to go there with belief and confidence to play football.”

Despite the notable absences, Toronto should still have enough firepower to – at the very least – hang with a Cincinnati side that finished bottom of the table in each of the last three seasons. As we learned on Saturday, the Orange-and-Blue are a new team with former Philadelphia Union assistant Pat Noonan at the helm, but they still have 10 points from nine matches and are expected to rotate their side from the weekend.

Toronto will zero in on getting off to a better start to the match. Bradley wants the tempo from his squad to be quicker, the team to be more aggressive with the way it goes forward – getting more numbers into the box – and he wants his defenders to close down attackers earlier, giving them less time on the ball to make a play.

Moreover, the TFC manager is expecting a more urgent response out of his side.