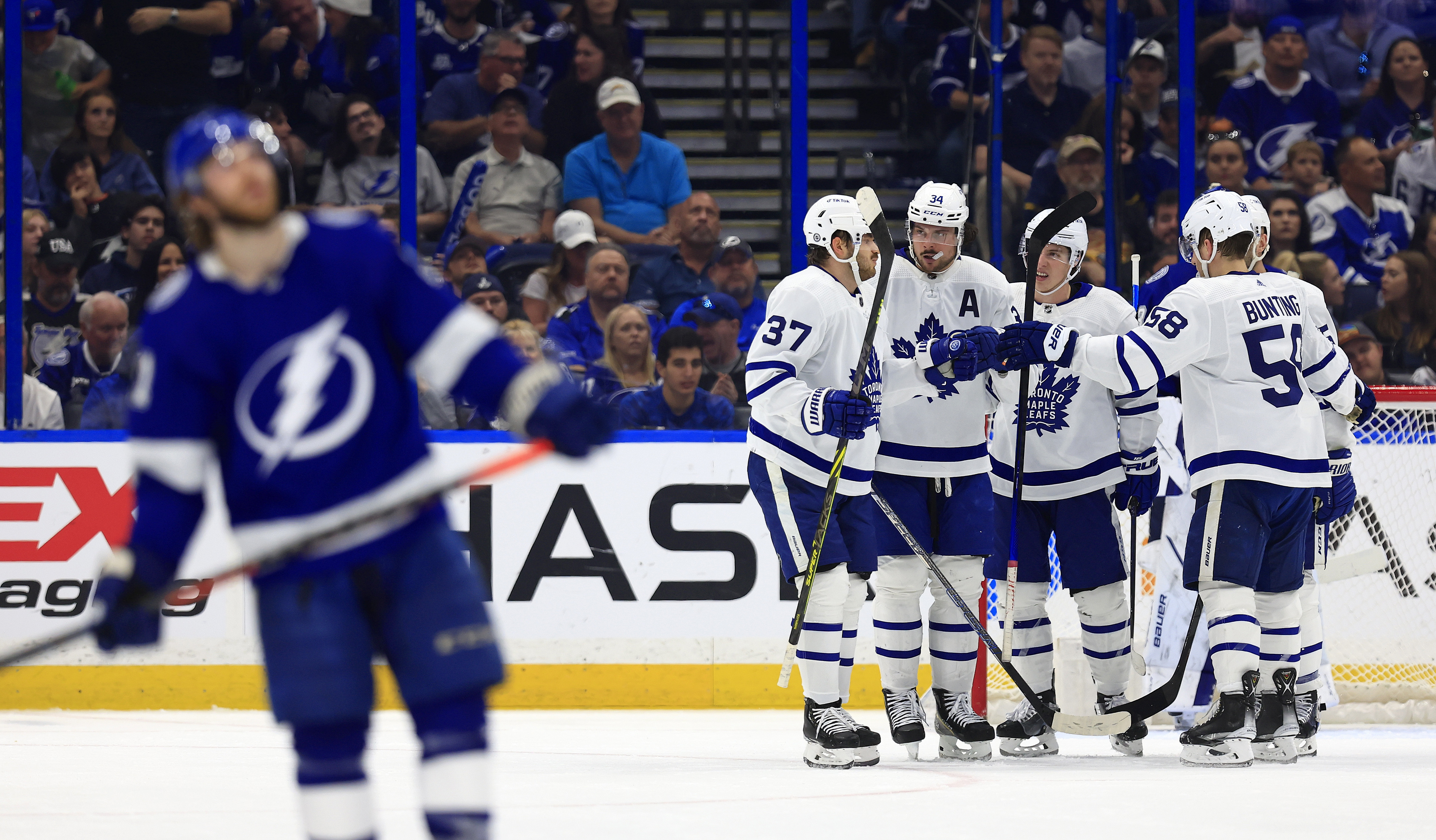 The Toronto Maple Leafs will begin their latest attempt to give the franchise its first Stanley Cup championship since 1967 when they host Game 1 of their Eastern Conference playoff series against the Tampa Bay Lightning.

You can expect the atmosphere inside Scotiabank Arena to be much different than almost a year ago when the Leafs fell to the Montreal Canadiens in Game 7 of their first-round series. The building will be rocking in hope and anticipation of a lengthy Leafs' playoff run as fans will be back in the arena at full capacity for the first time since 2019.

However, given their recent playoff woes, those in attendance will certainly be anxious about how Monday's game will play out despite the Leafs finishing the NHL’s regular season in second place in the Atlantic Division.

The Leafs do enter the postseason in good form, winning their last three games and giving fans reason for optimism. They set single-season franchise records in both wins and points in a season, highlighted by star goal scorer Auston Matthews netted his 60th goal of the season, making him the first player in franchise history to score 60 goals in a single season. The 24-year-old center could be the x-factor for Toronto in this series.

There has never been a season like 2022 in Toronto, and it could ultimately help boost the team’s confidence heading into what many expect to be a treacherous fight with the Lightning. Game 1 should see a lot of back-and-forth play between the two all-star caliber teams in what should be a tense battle.

Despite the Leafs’ highly-profiled playoff struggles, this series plays out as a toss-up and no matter which way you’re leaning, there will be a lot of people who are about to win (and lose) a lot of money.

Toronto will be going up against the two-time defending Stanley Cup champions – a side that’s certainly better prepared – and proven – for success in the playoffs.

Add in the fact that the last time these two teams came to battle, it resulted in a glorious 8-1 victory for Tampa, so we’re predicting that the confident and experienced Lightning showcases exactly why they are back-to-back champions.