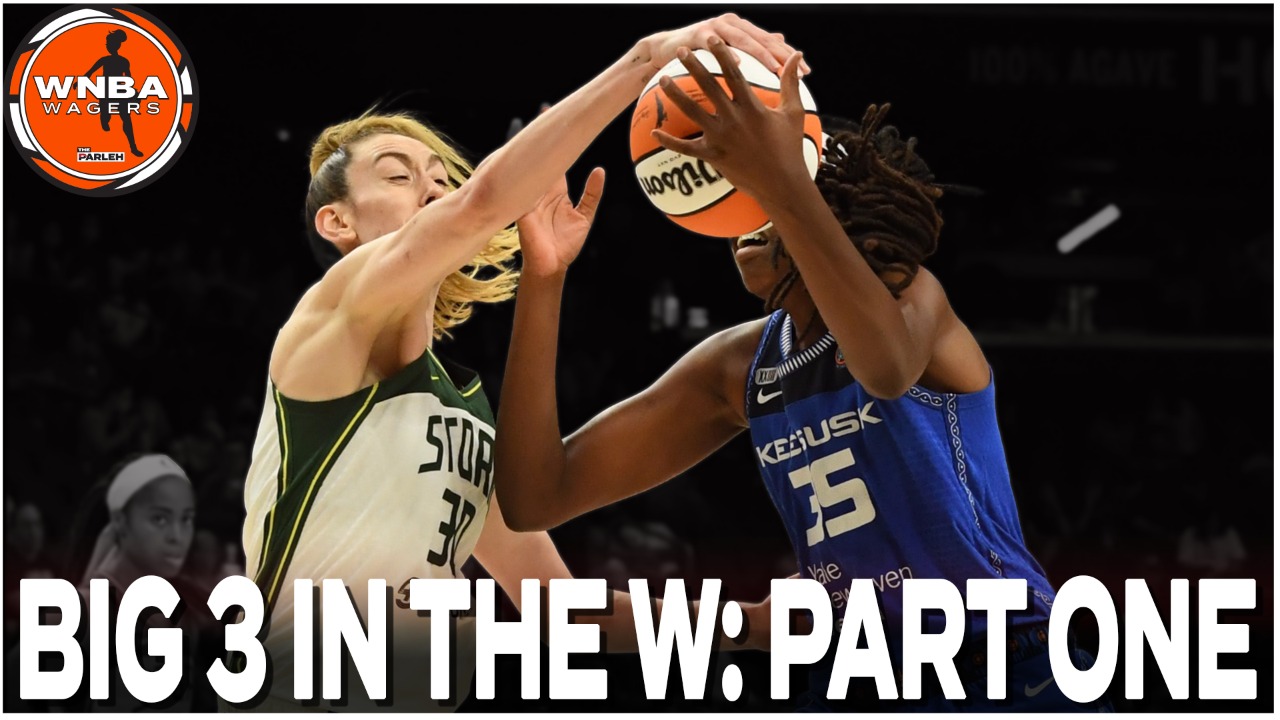 The WNBA is exploding in popularity, and a lot of comments I see from the growing legion of fans is that they want information and insight on the star players. With that in mind, The Parleh has created its own guide on the “Big 3” for each team across the league. We begin with the cream of the crop from the WNBA's top teams last season: The Connecticut Sun, Las Vegas Aces and Minnesota Lynx. Parts II and III are to come as we navigate the 26th season of the WNBA.

If there is any player you need to know, it’s the reigning WNBA MVP. As a rookie, Jones was traded to Connecticut in 2016 and has been setting records ever since. The six-foot-six centre has grown quite a bit, becoming a force to be reckoned with. Jones became the first WNBA player in league history to win MVP (2021), Sixth Woman of the Year (2018) and MIP (2017). Her presence on the glass also hasn't gone unnoticed as she has also set several rebounding records.

Not only is Jones suffocating on the defensive side of the floor, but she has increased her PPG every season that she’s played in the league, recording a career-high 19.4 last season.

The four-time WNBA All-Star is the Sun's elder stateswoman winning two championships with the Phoenix Mercury in 2009 and 2014, and tallying up her own long list of franchise records since joining Connecticut in 2020. Bonner brings experience to a Sun team that finished first in the league last season and is hoping to take it all the way and prove themselves as a real threat once more.

Not only did Jones win Most Improved Player honours last season, she also became an All-Star for the first time in her career. She’s been with Connecticut since her rookie year in 2017 and is quickly developing into a complete player. She is more than capable of finishing in the post and provides good size on this stacked Connecticut roster.

Just look at her strength: Brionna Jones Erupts For A Career-High 34 Points In Sun Win (July 1, 2021)

Honourable Mentions: DiJonai Carrington (second-year player who exploded in AU Hoops, keep an eye out for her), Alyssa Thomas (finally healthy, and a part of the Sun's “hypothetical big 3”.

The year before Jonquel was The Year of A’ja. The 2020 MVP has been stellar throughout her professional and collegiate careers. During the Tokyo 2020 Olympics, it was clear that Wilson was the best player in leading Team USA to another gold medal. As for the WNBA, she still has room to unlock a new set of skills (taking more threes) and will definitely lead the way for an Aces team that is trying to go all the way this year under new head coach Becky Hammon.

The 3x3 Olympic gold medalist and last season’s Sixth Woman of the Year, Plum is a player you should keep your eyes on. And it's expected her game will continue to grow under the direction of new Aces head coach Becky Hammon, whose style of play was very similar to Plum’s during her own playing career.

If you want to get familiar with her game, there’s no better resource than this one by Evin Gualberto: Kelsey Plum - Super Scorer

Often given the nickname “Point Gawd,” Gray is a floor general you absolutely want on your team. Her vision on the court is one that consistently sets her teammates up for success and she can be an absolute killer herself: Chelsea Gray's Clutch Buckets Push The Aces Past The Storm In OT (June 27, 2021)

The vibes are good for this team: Becky Hammon mic’d up at Las Vegas Aces training camp

A fabulous finish for Fowles?

This is the season of farewells, and WNBA veteran Sylvia Fowles is among the leading women of that parade. This is Fowles’ last season in the league, as she did announce that she will be retiring at the end of this season. Man, where do we even start?

All these accolades and you can bet that your team will never want to face her. Fowles draws a triple-team when making her way to the rim like a moth to a flame, and still manages to finish. That’s some scary stuff.

We're more than a tad biased here as fellow holders of a Canadian passport. If you’re a fan of the WNBA because of Kia Nurse, then you should also get to know this dynamic duo. Why don't we start here in their respective roles with the Canadian national team: https://www.youtube.com/watch?v=ybaFRf8DSQ0

There are so many players that you can get to know and there are many incredible stories in the WNBA. Make sure to get League Pass and keep up with the TV schedule so that you can watch a spring and summer season of beautiful basketball.