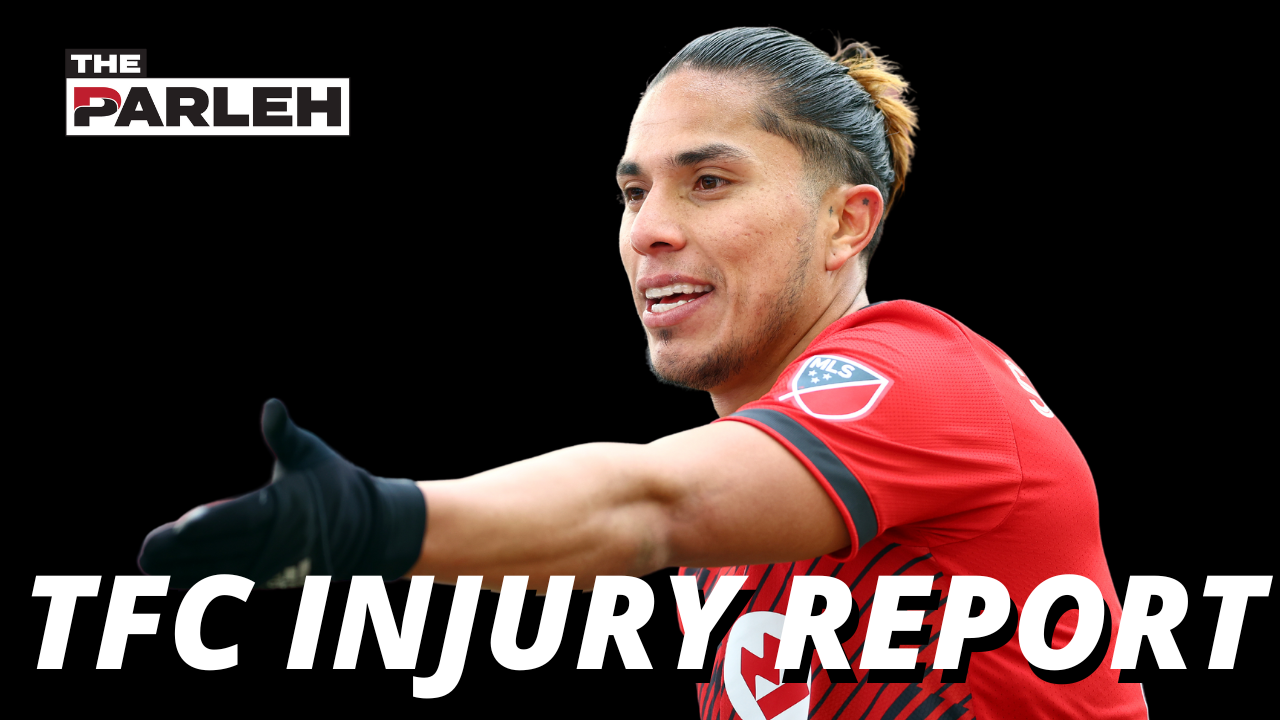 Toronto FC will be shorthanded once again on Sunday when they travel to B.C. to take on the Vancouver Whitecaps.

As was the case in Toronto’s midweek loss to FC Cincinnati, Designated Player Carlos Salcedo and Achara (health and safety protocols) have been ruled out of this weekend’s all-Canadian clash, while Jahkeele Marshall-Rutty, Chris Mavinga, Noble Okello, and Jonathan Osorio will miss out due to lower-body injuries. Jacob Shaffelburg, meanwhile, remains questionable according to the TFC injury report.

Bob Bradley’s squad will also be without Ralph Priso, who is suspended after picking up a Red Card on Wednesday, leaving TFC’s central midfield extremely thin with Okello and Osorio already sidelined.

Alejandro Pozuelo could be an option to start deeper alongside Michael Bradley in the middle of the park, but if not, look for Kosi Thompson to get the start. TFC II captain Steffen Yeates, who made an appearance off the bench during Wednesday’s loss, also remains an option.

“When you're down, the number of guys that we are right now, of course, we're thin,” said Bradley when asked whether he was concerned about the team’s depth following the Cincinnati game. “Hopefully get some guys back. We've been hit with a bunch of different things at the same time, so that makes the challenges a little bit bigger.”

This recent set of absences comes at an unfortunate time for the club as this is TFC’s third game in eight days. The club is also riding a season-high three-game losing streak and haven’t won away from home since last July.

But the good news for Toronto is that they’ll be taking on a Whitecaps team that is currently in last place in Major League Soccer. Vanni Sartini’s men have only taken four points from their first eight matches – including just one victory.

Coming off a bye week, Vancouver will be well-rested heading into Sunday’s game and must like their chances at home against a shorthanded TFC team. Vancouver has tallied an 8W-2L-2D record in their last 12 matches at home, and since 2021, the 'Caps .750 win percentage at BC Place is tied for best in the league with Colorado, New England, and Philadelphia.

The match will mark the first time the Whitecaps host TFC in front of fans since May 2019.