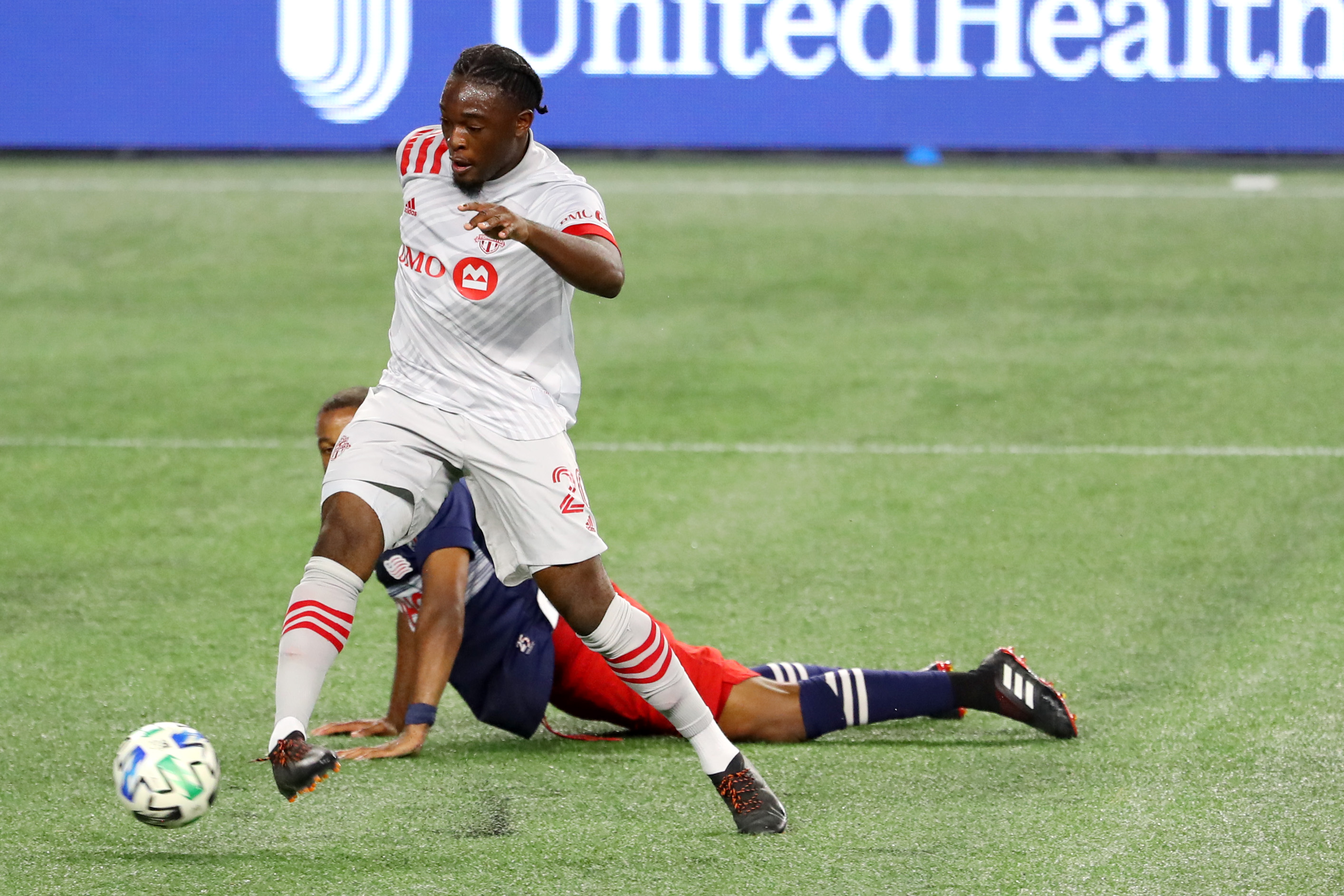 'TFC trusted me the most': Why Ayo Akinola re-signed with Toronto FC

This past offseason was eventful for Toronto FC forward Ayo Akinola. The 22-year-old striker entered free agency for the first time in his career and several clubs from around the world were interested in his services.

But ultimately, Akinola elected to re-sign with his hometown club, signing a three-year-deal with a team option for a fourth. He became the first player in team history to sign a new deal as part of the Major League Soccer U-22 Initiative, which was introduced at the start of last season, allowing MLS clubs to sign up to three players, aged 22 and younger, at a reduced Salary Budget charge (aka a cheaper salary cap hit).

“I am very honoured and happy to sign a new contract with Toronto FC,” said Akinola at the time. “Nothing makes me happier than knowing that I’ll be able to play in front of my family, friends and TFC fans at BMO Field. My goal is to recover from this injury, get back on the field and help our team win games and compete for titles.”

Akinola has never been shy when speaking about his ambitions, reiterating on Wednesday from the BMO Training Ground that his dreams are to play in Europe. So, with teams in Europe calling this offseason, why did he elect to re-sign with TFC?

“I think for me personally it was more the trust factor,” said Akinola. “TFC trusted me the most."

On July 18, Akinola suffered an anterior cruciate ligament (ACL) injury in Canada’s Gold Cup match versus the United States that cost him his season and the nine months that would follow. Suffering such a devastating injury, other teams started to question how he would respond, but Toronto was not one of them, and that was huge for him.

“Obviously, when you have an ACL injury, other clubs are going to start to defer away because they don’t know what [you’re] going to be like after the surgery,” Akinola said. “’Is he going to be worse? Is it going to affect him in the long term?’ So obviously, a lot of teams have that mental aspect of what the player is going to be like – and I get it. I totally understand. I’m not upset by that.

“But the fact that even though I had the injury, Toronto was still the team to trust me the most, knowing that [I] will be fine regardless after the injury put so much faith in me re-signing.”

Akinola was also most comfortable working with TFC’s medical staff, some of whom he has known since he was 14 years old. They knew his body, they knew how to operate on it, and they knew the necessary precautions that he needed to take to best recover.

And then there was proof of concept. Akinola had seen first-hand how well TFC’s medical staff handled the ACL and LCL tears of teammate Ifunanyachi Achara in 2020 and that further reinforced his trust.

In an alternate universe had Akinola not torn his ACL, the Brampton, Ont., native admits that contract discussions this past offseason ‘would’ve been more of a conversation of European status, for sure.’

And while playing at a higher level overseas remains his goal, now, he’s just focused on trying to integrate himself back into the team, taking it game-by-game as he inches closer to making his season debut. Akinola was on the bench for TFC’s past two games as head coach Bob Bradley is taking a cautious approach with the young striker, who says he’s been eager to return to game action.

“Close,” said Akinola, when asked if he was 100 per cent confident in his ability to contribute to the team. “I don’t know percentage wise, but pretty close where I feel like if [Bob] puts me on the field I’m not going to mess up. I’m not going to be a liability.”

Toronto FC have three games in eight days, beginning with a double-header against FC Cincinnati on April 30 and May 4, followed by a date with the Vancouver Whitecaps next saturday, there appears to be a decent chance that we’ll see him return in one of those matches.