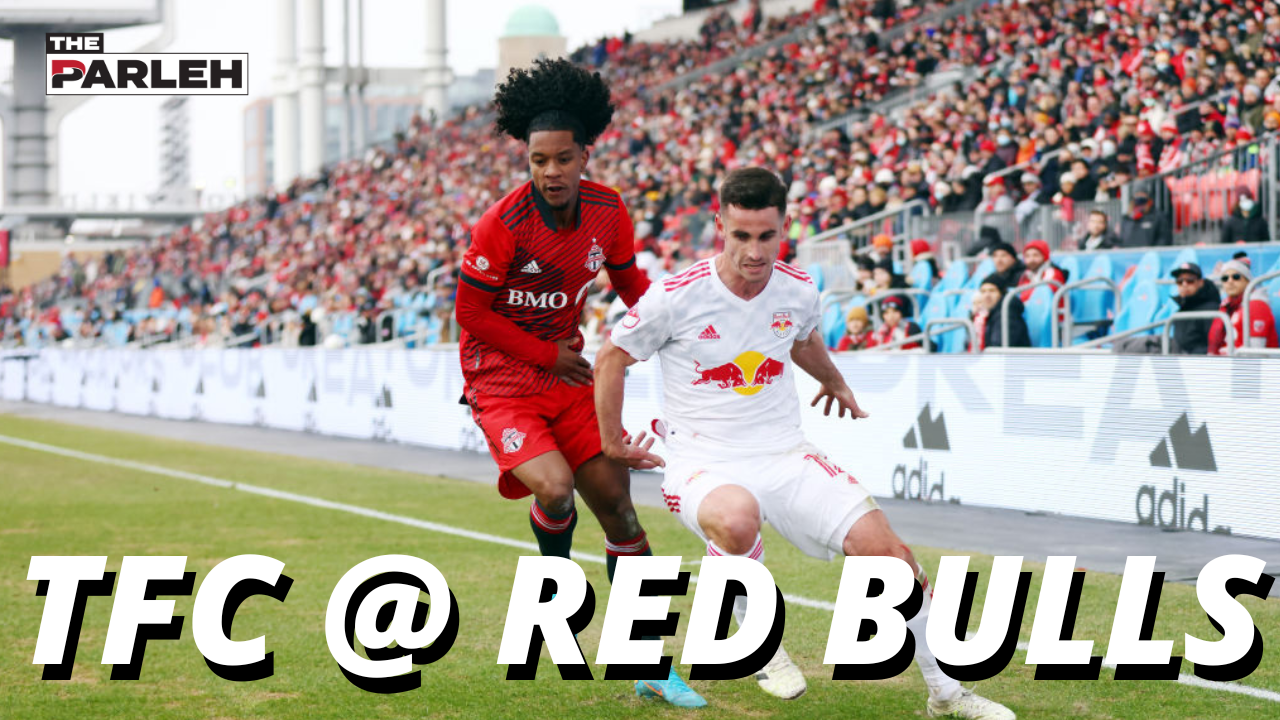 It’s one of the nicest stadiums in Major League Soccer, but for Toronto FC, it’s been a place of doom. But it’s a new era for Toronto, and with that, they’re hoping to write a new chapter in what has historically been a miserable trip to Red Bull Arena.

Unbeaten in their past four matches in all competitions heading into the weekend, Bob Bradley’s squad will look for just their third win ever in Harrison, New Jersey, and first since 2016. All-time, Toronto FC sports an ugly 2-16-2 away record against the New York Red Bulls, which includes a 11-1-2 mark at Red Bull Arena, with five losses and one draw in their past six games.

Furthermore, the New York Red Bulls embarrassed TFC earlier this year at BMO Field in their home opener, winning 4-1 thanks to a Lewis Morgan hat-trick.

Midfielder Kosi Thompson says his side will be ready for a chaotic game.

“That’s they’re style,” said Thompson at the BMO Training Ground on Thursday. “We need to expect everything and be ready to adapt to everything.”

The Red Bulls have won 278 aerial duels in MLS this season and have won possession 977 times, which both lead the league.

“Whenever you play a Red Bull team you have to understand that there’s going to be parts of the game that become a little bit like chaos,” added manager Bob Bradley. “That’s what they want. They play balls long, they fight for second balls, and then they play off of those moments. That was very much the case in the first game against them.”

Over the international break, TFC lifted their first trophy since 2018, capturing the 2020 Canadian Championship in penalties over Forge FC.

For many youngsters, including Thompson, it was their first professional trophy.

“It was definitely a great milestone for this team,” said Thompson. “Everyone’s fairly knew and we’re still getting to know each other, so that really brought us together. Definitely, definitely gave us a raise in confidence, especially before that coming off a win against Chicago.”

TFC will hope that confidence translates over to the pitch where they’ll be considered the biggest underdogs (+800) in MLS this weekend. Those odds are somewhat surprising considering the Red Bulls (-335) have only won just once in their past six matches and are coming off a 2-0 loss to expansion side Charlotte FC.

Still, the Red Bulls are fourth in the Eastern Conference, eight points ahead of Toronto.

While TFC find themselves in 12th place in the East, the club is just three points out of a playoff spot with four more league matches to play before the arrival of Italian superstar Lorenzo Insigne, who is set to debut on July 9 vs. the San Jose Earthquakes.

When asked if he was content with where the team stood in the standings at this point in the year, Bradley offered an honest assessment.

“We’d never think about it that way, I would look at the football,” he said. “I would look at the growth mentality of the group. I would say that the resilience of the group has been important. I know that the football can still get a lot better. I know that our ability to create more chances, our ability to react better when we lose the ball, defend more as a unit, so the standards that I have for the football, we’re still working towards that.”

“… All in all, satisfied, but look, none of us feel like we’re where we can be.”

On the injury front, Toronto is getting healthier. Jonathan Osorio, Jahkeele Marshall-Rutty, and Chris Mavinga were all back in training this week, but the club is likely to err on the side of caution this weekend with five matches upcoming in the next 15 days. Noble Okello is the only player that has been ruled out of Saturday’s contest.

On the other hand, the Red Bulls will be missing a few key pieces. Young DP Dru Yearwood (hamstring) is questionable, but it doesn’t sound like he will be available, while Caden Clarke and Daniel Edelman are with the U.S. at the U-20 Concacaf Championship. Furthermore, Patryk Klimala, who has four goals and three assists this season, has been suspended for Saturday’s game.