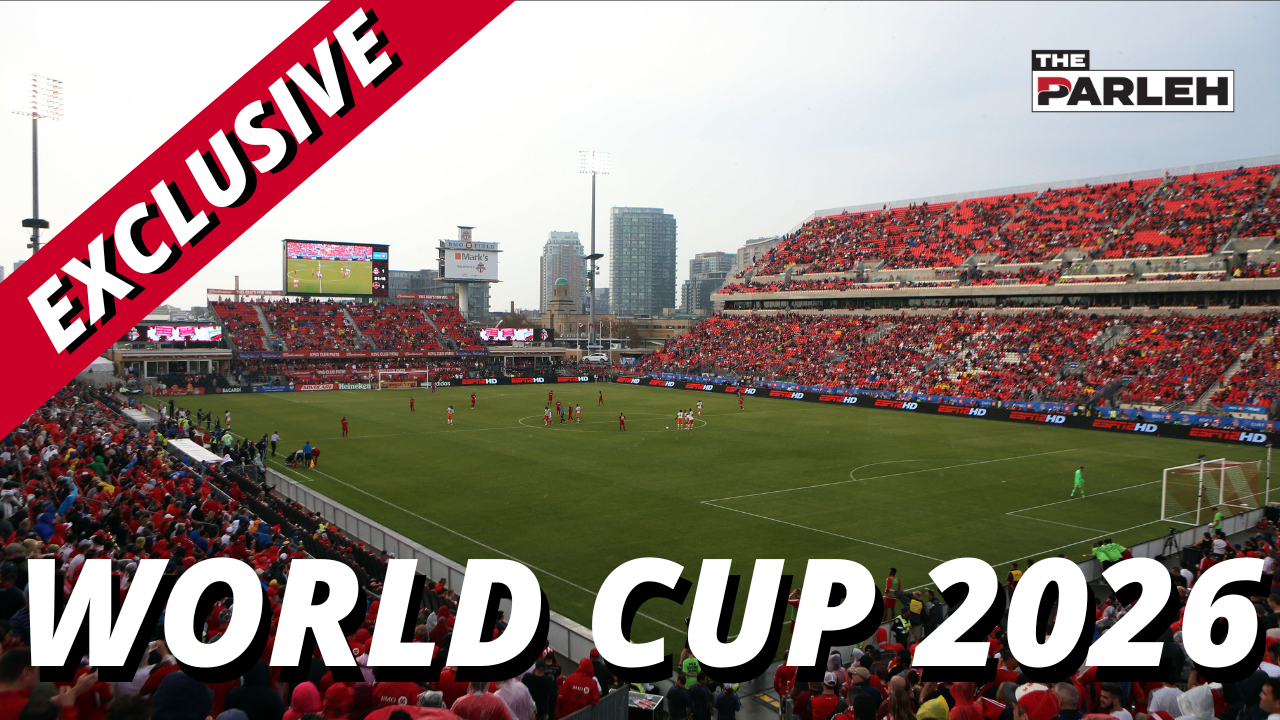 On Thursday, FIFA will announce the host cities for the 2026 World Cup, which will take place across Canada, Mexico, and the United States.

Twenty-two cities have put in their bid for the right to stage matches for the 48-team tournament, including Vancouver, Edmonton, and Toronto, and the expectation is that Toronto will be one of the host cities chosen.

In fact, Toronto FC President Bill Manning, who has played a significant role in the bid to host matches at BMO Field in 2026, is extremely confident that Toronto will be selected.

“We put together a great proposal and strong bid package,” Manning told The Parleh on Tuesday. “The city has been fantastic, working with Canada Soccer, obviously the folks at [Exhibition] Place, city council. It’s all come together. MLSE, this has been a big initiative for us because you have Toronto FC, it’s kind of part of our business plan, leading up into World Cup 2026, BMO Field, our home. So, I’m incredibly excited, but also, I’m confident.

“I think Toronto is a global city and I think we will represent Canada very well and the North American bid very well when we get announced on Thursday.”

Reportedly, Vancouver will also be chosen to host 2026 World Cup matches, while Edmonton will not, though the official announcement will be made on Thursday in a live broadcast from New York City at 5 pm ET.

“The host cities will be absolutely key to ensuring the successful delivery of the competition. We look forward to working with them to deliver what will undoubtedly be the largest FIFA World Cup in history,” said FIFA’s Chief Tournaments & Events Officer, Colin Smith.

Originally, 60 matches, including the quarterfinals, semi-finals, and the final, were set to be hosted by the United States while Canada and Mexico were supposed to each host 10 matches, though with Edmonton potentially not receiving games, there’s a chance Canada gets even less games.

This is also the first time Canada has ever hosted or co-hosted a World Cup, which Manning views as a significant motivator for Toronto FC’s up-and-coming youngsters.

“A lot of young players have gotten a lot of playing time this year as Bob [Bradley] has been reworking this roster,” said Manning. “A lot of these guys, 2026 I’m sure is earmarked in their notebook in terms of ‘what can I do to get on that 2026 team?’

“I think it’s really exciting for a young generation of Canadians coming up, not just here but in Montreal and Vancouver as well as some of the CPL teams,” Manning added. “This is something you circle and say: ‘I want to be representing my country in the 2026 World Cup right here in my backyard.’

The live televised announcement Thursday will air at 5:00 PM ET on TSN, and livestream on fifa.com.