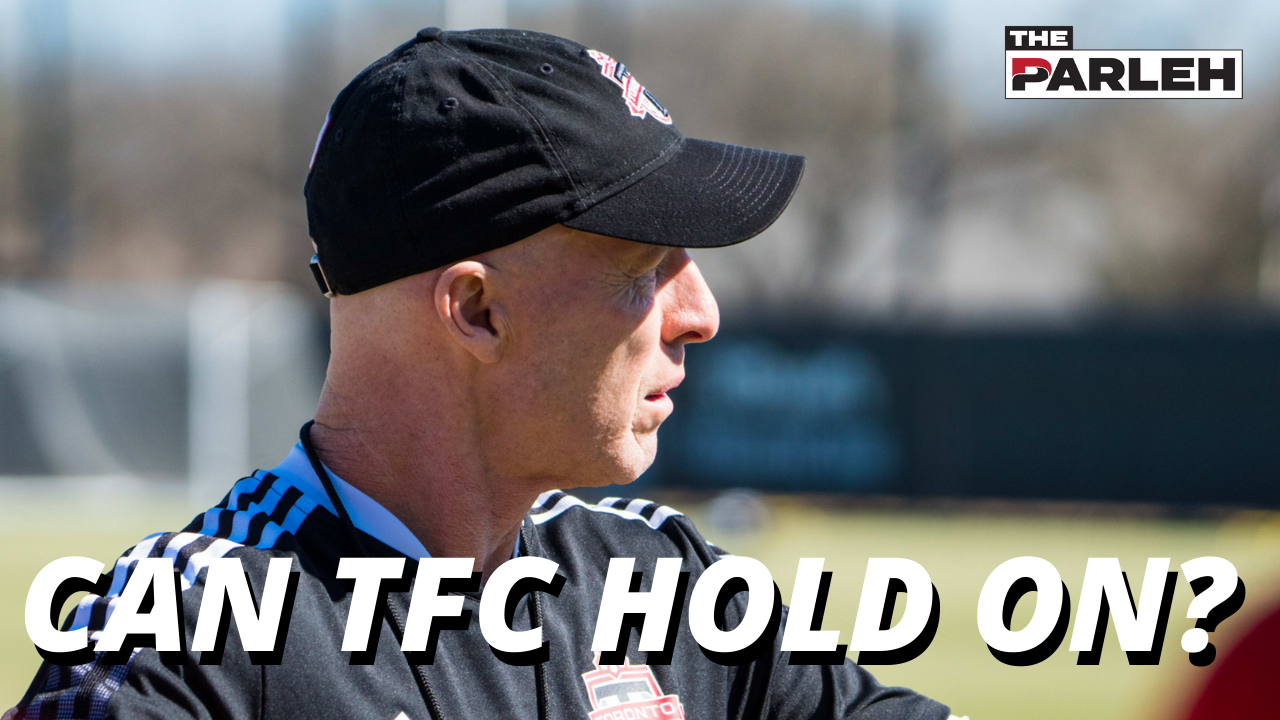 It was never going to be a cake walk for Toronto FC in the first half of the year. We knew this, but expectations were raised after a four-game unbeaten run, which included victories over the Philadelphia Union and New York City FC.

11 matches in, Toronto FC are tied for last place in the Eastern Conference in points per game – a position many had them slated heading into the first half of this season.

When Bob Bradley entered the mix this offseason as head coach and sporting director, he was tasked with revamping a roster that was dysfunctional ­– a squad that finished second-last in the Eastern Conference in 2021, a year removed from finishing second overall in the league.

It was a group of players that formed cliques, that didn’t respect their coaches and their professions, that failed to come together despite an abundance of talent. And the end result was a total rebuild – a project that would take longer than just one transfer window to complete.

“If you understand things that went on in the last year, and if you understand then some of the changes in the roster, then the work for this group to become a good team was always going to take some time and have ups and downs,” said Bradley following Sunday’s loss to the Vancouver Whitecaps. “This last stretch has been downs.”

With 18 players leaving the club and only 10 new bodies coming into the mix – the majority of who were first-year MLS pros – the plan was never for TFC to legitimately compete in the first half of the season.

And then you couple that with the team being hit with a flurry of injuries, absences due to health and safety protocols – and a suspension that left them with only one natural central midfielder for Sunday’s game – and anything more than a loss in their past two matches would’ve been seen as a victory for the Reds.

“It’s been tough,” said Jacob Shaffelburg, who has missed the past three matches with a lower-body injury. “It’s unfortunate for us that we’ve just had a lot of injuries and not a lot of good luck going our way, so hopefully soon we’ll have it on our side and everyone gets healthy, and we’ll be back to winning ways.”

“We always knew that in the first part of the season as we were certainly waiting for [Lorenzo] Insigne and waiting to see how other things might develop for the summer, there was going to be opportunities for the young players,” added Bradley. “It's been frustrating to see some of the guys that were getting chances miss games and not take advantage of this period.”

Frustrating is a perfect way to describe this recent poor run of form for Toronto FC. That part has crept into their body language on the pitch, particularly from 2020 MLS MVP Alejandro Pozuelo.

TFC were already shorthanded, but then you add in the eight missing first-team regulars – five out of eight substitutes on the bench were TFC II players in their past two matches – and you at least feel for Pozuelo and Jesús Jiménez up top, who are being asked to create and produce alongside a bunch of 19-year-olds over this recent stretch.

Not to say that players like Jayden Nelson, Deandre Kerr, and Kosi Thompson aren’t bright and exciting prospects, but Pozuelo is in a contract year – arguably one of the most important seasons in his career – and it’s at least understandable why it appears that his patience is starting to wear thin.

But Pozuelo and Toronto FC must stay patient until the summer arrives because there is a light at the end of the tunnel for the Reds, something the team hasn’t been able to say in almost two years.

“If we can manage frustration, if we can manage the challenges of having things coming at us in different ways – tough ways – between players and between some days where maybe either we make a mistake or we don't take advantage of something,” started Bradley, “… if the bigger part can continue, if we can keep finding the right ways to push forward, I believe this team has it in them to get better.”

No doubt staying patient will be a grind but take away this last stretch – a dip in form that can likely be attributed to an abundance of absences – and there is genuine reason to be excited about this team.

If Toronto FC are not leading the league, they’re right up there in terms of homegrown minutes. They’re also among the top-three teams in the league in under-22 minutes played and yet, they’re still competing.

And then you add in Lorenzo Insigne and two other notable faces to the foundation that is being built at the club, and you have to imagine that TFC will be a dark horse to compete this summer.

The only question will be: exactly how big will the hole be by the time they get there?

Heading into the weekend, Toronto FC are three points back of Atlanta United for the seventh-and-final playoff spot. They’ve played about a third of their matches and have seven more to go until the secondary transfer window officially opens on July 8. Insigne will be here just before then – and there’s potential that a few others will be as well.

It’ll be at the halfway point of the year by the time they get reinforcements. Can TFC hold on?