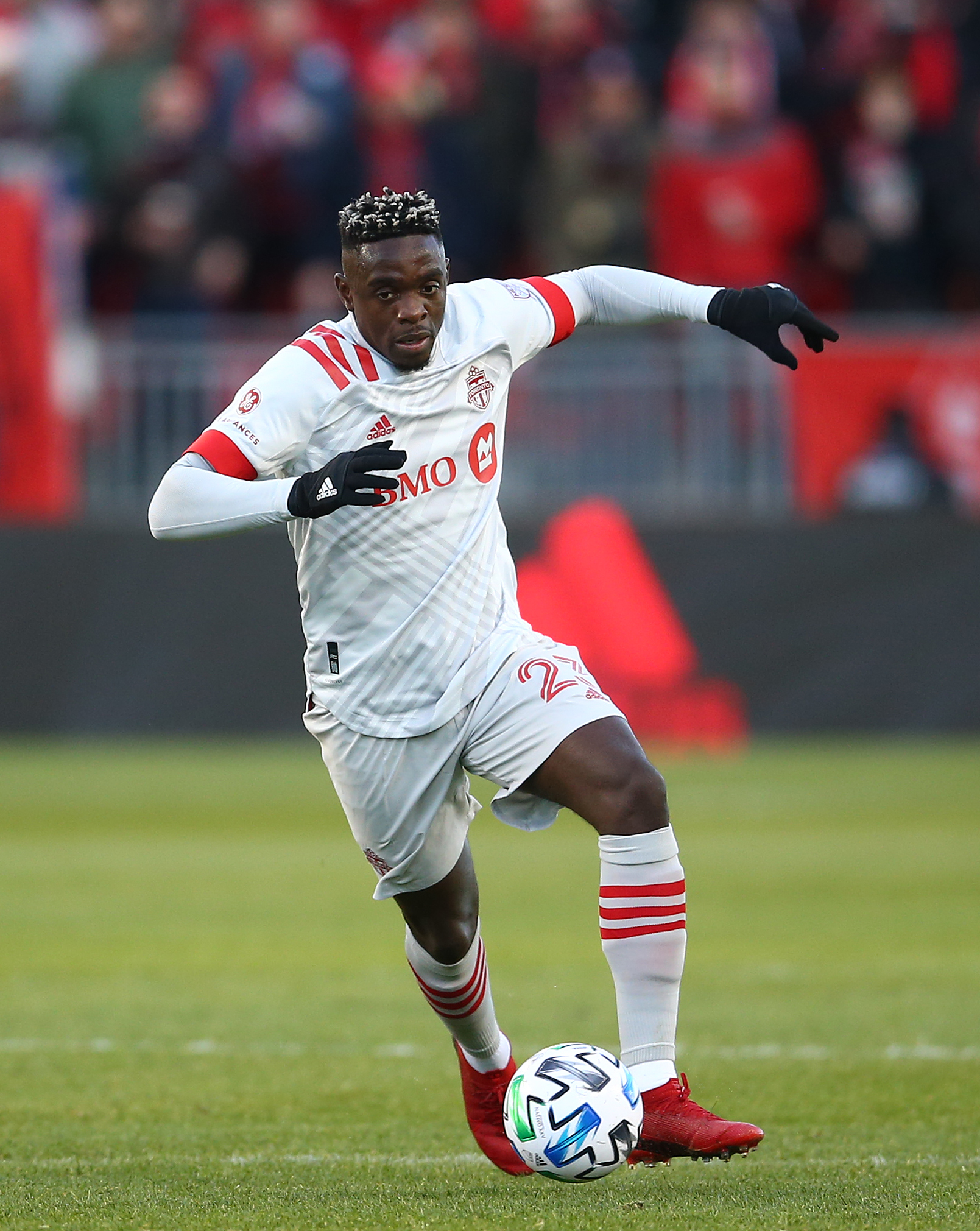 It’s been a roller coaster of a start to the season for Chris Mavinga — a perfect analogy to describe the 30-year-old’s play over the last year.

Mavinga has been inconsistent, and Toronto FC Head Coach and Sporting Director Bob Bradley is demanding that the defender be steadier and more reliable at the back.

“Chris, I don’t have to tell you guys, you’ve all watched him. You’ve seen days where he’s quite good and you see days where his concentration can be not as good,” said Bradley at the BMO Training Ground on Friday.

There hasn’t been much of a leash given to Toronto’s second-highest paid defender (behind only designated player Carlos Salcedo.) Mavinga was taken off at halftime during the first match of the season as his decision making and overall level of engagement within the game was called into question by the TFC manager following the match.

According to one source, at first, the Democratic Republic of Congo international didn’t take too well to his benching and subsequently found himself on the sideline for the next five matches (partially due to a knock he picked up in training.) In a matter of just 45 minutes. he quickly went from being a mainstay in TFC’s back line – arguably the team’s best and most important defender for years – to the bench, and for any athlete, that would be a bit of an ego hit.

“He went away with Congo, he came back, and there was a little period of time that I think when he returned, he wasn’t as engaged as he needed to be,” said Bradley.

But since then, Mavinga has come around, and when speaking to the veteran centre-back Friday afternoon, you wouldn’t be able to tell he was at one point agitated.

“I’ve been on the bench in the last couple of games … it was not the best for me,” said Mavinga. “I wanted to be on the field, but I just want to be a good teammate for the guys who play. I know my time will come. If the coach decides to put me on the field, I just want to give my 100 per cent.

“Yes, you can call it a wake-up call, but for me, it was like yes, I didn’t play well the first game, so sometimes the coach has to make a decision and I have to accept this, and just be ready for if they need me again.”

Following Salcedo’s red card on April 9 vs. Real Salt Lake which meant a one-game suspension for the Mexican international, Bradley pulled Mavinga aside and the two had a really good talk. In the TFC manager’s words, he said to him: ‘come on, be ready now, have a good week of training, we’re counting on you,’ and Mavinga responded ‘really well.’

And in Toronto’s 2-1 win over the league-leading Philadelphia Union last weekend, he followed his strong week of training up with a ‘vintage Chris Mavinga performance,’ as teammate Alex Bono called it postgame, leading all players with a game-high seven clearances en route to being named to the MLS Team of the Week.

“It’s been a while,” said Mavinga. “I was waiting for this moment since the start of the season, so I was happy with my performance, how I played. I hope I can keep going like this. I’m just trying to help the team, be in good fitness, and be ready if they need me.”

Since his arrival just a few months ago, Bradley has demanded more out of all his players and has shown a willingness to be cut-throat when you’re not performing up to his expectations. It’s a mentality that in a lot of ways was necessary, especially after last season’s showing, particularly defensively when TFC let in a franchise-worst 66 goals against.

For the most part, players who are with the club now, like veteran defender Shane O’Neill, have bought in and welcomed that no-nonsense type of mentality – and those that Bradley and Toronto got the sense wouldn’t are now gone.

“There are high expectations, which I think as a player is awesome,” said O’Neill when asked about life under Bradley earlier this month. “I think there’s a lot asked out of all of us, and I think you can see that a lot of guys are growing as players, which is pretty exciting.”

READ MORE: BIG READ: Bob Bradley proving in his early days in Toronto that he is the real deal

With Toronto winning, Mavinga appears now to have bought in as well, and says it’s clear what Bradley is asking him to do: “He wants [me] to be aware every play. For me, yes, it’s a different style of play, but he tries to make me better, but it’s a good thing because I want to be better of course on the field.”

Bradley certainly hasn’t given up on the 2017 MLS Cup winner but is hoping that he continues to take strides toward becoming the all-star defender that the Toronto manager believes he could be.

The response from Mavinga lately has been positive, but now it’s about stringing those types of performances together on a day-to-day, play-to-play basis.

“I’ve said to him all year long: ‘you can be a top player, but in order for that to happen there’s got to be more consistency about the little things that happen around you every single game,’ said Bradley. “I hope we can keep building on that. He’s a good guy, and we were all really happy for him last week, he delivered a big game.”

Even with Salcedo’s impending to the lineup return on Sunday against the reigning MLS Cup Champions New York City FC, it appears Mavinga has done enough to warrant another chance to impress his new gaffer. Will this be the turning point in his season?